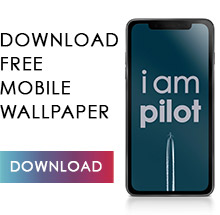 Topics such as radio navigation and communication, use of flight information publications, and regulations are available in other Federal Aviation Administration (FAA) publications.

Here are some words and phrases you might hear, and what they mean.

Automatic Terminal Information Service (ATIS) — ATIS is recorded information on current weather and airport information, such as runways in use. Each ATIS recording has an alpha-numeric designator to distinguish it from the previous message. For example, “ATIS information Foxtrot is current.”

Squawk — Squawk refers to an aircraft’s transponder code, which can be either a standard code (1200 for visual flight rules — VFR) or a discrete code assigned by Air Traffic Control. Squawk can be used as a noun (Say your assigned squawk), an adjective (Squawk code is 2345), or as a verb (Squawk 5423).

Mayday — Mayday — meaning emergency — is a word that hopefully you won’t ever have to use. The word is derived from the French term "m’aider" meaning help me.

Roger — Why do pilots always say Roger when they’re done talking? Its origin is from the early days of aviation when we adapted practices from the telegraph industry. Since Morse code telegraph transmissions could be unreliable, the receiver would transmit a single letter “R” when they successfully received a message, so R came to mean that I have received and understood your transmission.